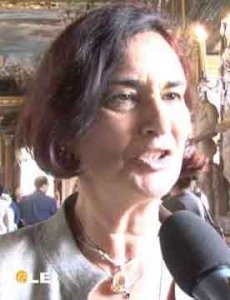 | ARTE LOMBARDA - 2009 - 2
Anno: 2009
Both the ‘Lombard’ and ‘Ottonian’ problems – which have long been present in historiography in relation to various episodes in Roman painting between the end of the ninth and the early eleventh century – can fined new stimuli for reflection thanks to the analysis of a painting once considered lost, but recently identified by the present writer in the Roman basilica of San Lorenzo Fuori le Mura. The composition includes two Seraphims and the archangels Michael and Gabriel, flanked by the inscriptions Peticio and Deprecatio (from Psalm 119), iconography which is also present in the theophany-vision in the apse in Galliano and which was later used rather frequently in Catalan wall painting. This comparison suggests iconographical and stylistic links between some Roman artistic episodes and the artistic and cultural milieu from which the prodigious Master of Galliano emerged. The pictorial procedures in the fresco in San Lorenzo Fuori le Mura are related to the decoration in the apse of Santa Maria in Pallara on the Palatine (ca. 999) and the apsidiole located in the so-called Temple of Romulus that looks out onto the Sacred Way (turn of the tenth to the eleventh century). Both paintings show an extremely fluid manner of painting that is enriched by the extensive use of a secco finishing and by highly sophisticated chromatic effects. With respect to this pictorial evidence, the fresco in San Lorenzo seems to belong to a later chronological phase (the first decades of the eleventh century) that was nevertheless in a line of continuity with this evidence. Several iconographical and compositional comparisons, like the motif of the perspectival meander with small figures, the physiognomies of the faces, the treatment of the drapery, the great yellow-gold nimbuses, as well as the technique also make it possible to reach this conclusion. For its iconographical and stylistic content, the fresco in the attic of the oratorio of Sant’Andrea in Celio, datable to the first quarter of the eleventh century, also shows that it is in direct continuity with painting processes documented in Ottonian and Salic Europe.
€ 6,00